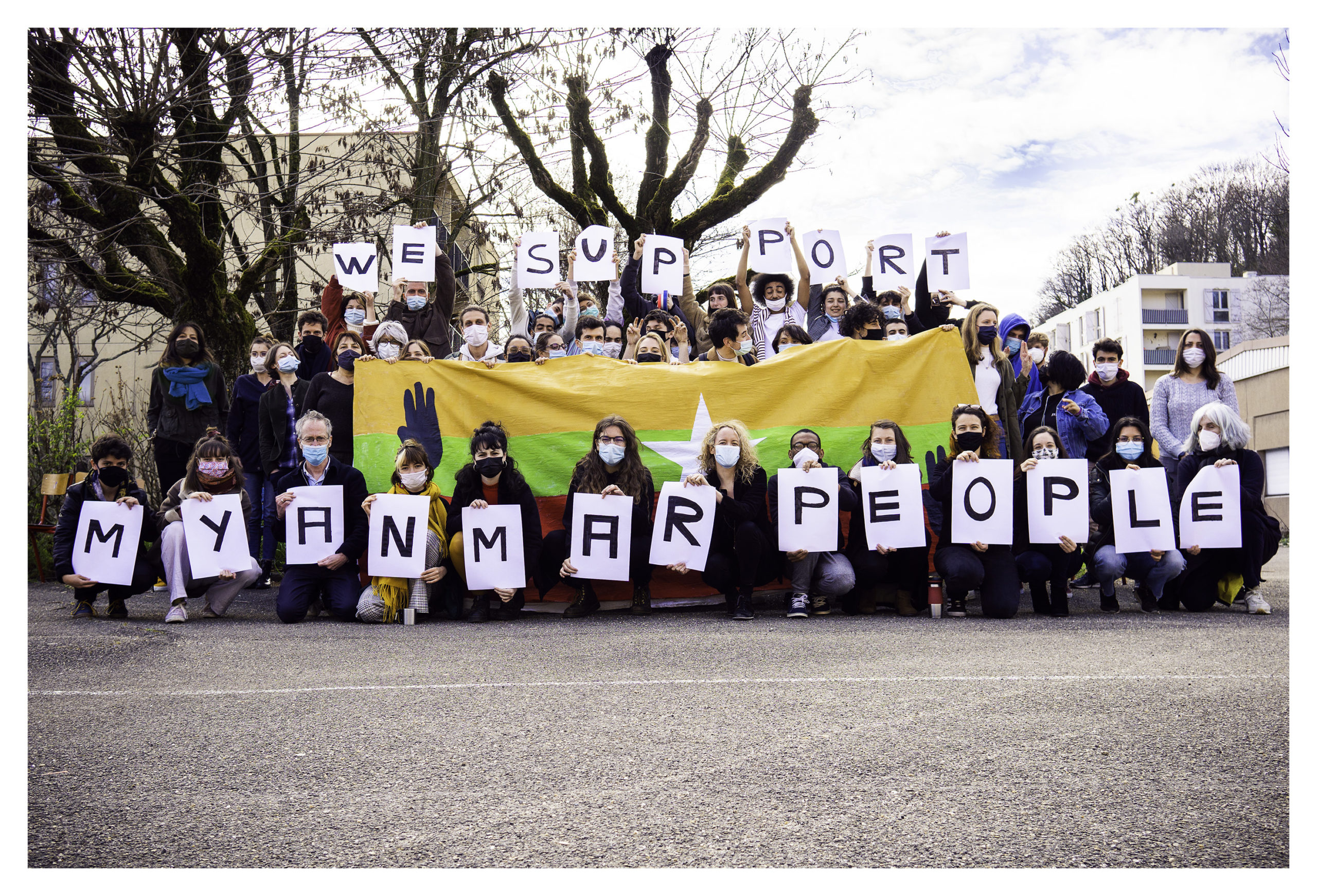 While the Burmese people have resisted for three months against a bloody repression by the army, we helplessly witness this attack on democracy.
Among the demonstrators, many young people, who refuse a return of the dictatorship and who do not leave the streets in order to make their voice be heard. The casualty count has now exceeded 700 dead.

CinéFabrique has worked for several years with Forever Group, Burma’s leading media group, to create CinéFabrique Yangon, the country’s first cinema school.
Our collaborations began in 2019 as part of the Cine Nomad School, the exchange project which allowed 9 Burmese to spend 2 months in France to follow a short training course and French, Senegalese, Moroccan and Burkina students to achieve short films in Myanmar.

Really strong links have been created since then and this is why we decided to support eh Burmese people with a small gesture of solidarity. 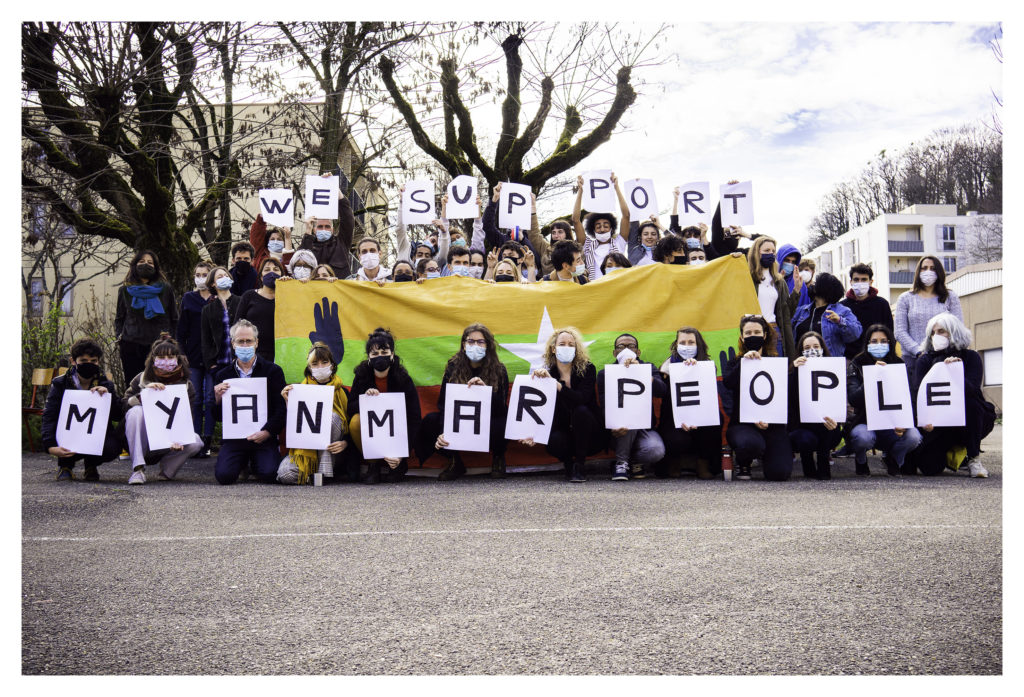